Will interest rates rise due to price inflation of basic necessities?

“New Zealand inflation accelerated more than expected in the second quarter, on prices of fuel, food and power, increasing the prospects that the central bank will raise interest rates later this year to cool a resurgent economy. ” From this NZ Herald Article. 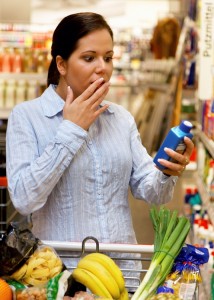 This would normally be a clear indicator of interest rate hikes to come in double-quick time but the first sentence of this article doesn’t make sense to me. Fuel, food and power are basic necessities. We’re not even in control of these price rises, so what would be the point of raising interest rates? It’s not like people are rushing out to buy tomatoes at $12/kg because they are rising in price! I’m not extending my mortgage to invest in bananas for my retirement!

It’s not like the conomy is booming along and inflation is rising because we’re all borrowing stacks of money to buy toys. Business confidence is still relatively low and housing consents are depressed to the point where we need Government subsidies for builders who need Prozac! There are more and more reports of theft by people who are simply trying to survive by stealing food or stealing goods to sell to pay bills. One friend of mine who owned a public bar has turned it into a Pizza Parlour because the disposable incomes of his customers dried up and they stopped drinking. Now that’s serious!

There’s another reason that I don’t think we’re going to see interest rate rises as soon as some are saying. Our dollar is just too high. Our exporters are struggling as it is. The business report this morning showed the NZ$ at around US$0.86, which is a post float high. If our Reserve Bank raises interest rates, our dollar would climb even higher as foreign investors are attracted by the higher returns. This would make life even more difficult for our export sector.

I’m not saying that interest rates won’t go up. It’s inevitable that they will. I am saying that a dogged focus on trying to control inflation by raising interest rates right now will do more harm than good. If interest rates go up and our dollar drops back, then we’ll see some real problems with rising prices at the petrol pump and the supermarket at a time when everyone’s mortgages are also going up. Nasty!

So should you fix your mortgage? This is a choice you should make on your own personal situation. The first question you should ask yourself is at what point your mortgage repayments will get uncomfortable. If anything over 6.5% starts to hurt, then maybe you should look at locking it in now for a couple of years to make sure that it stays within your budget. If not, then with things as uncertain as they are, you could be ok leaving your mortgage on floating.