What happens to old concrete? 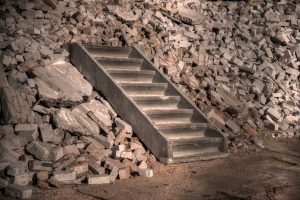 Concrete in its various forms has been around for approximately 3000 years. It’s literally everywhere, from buildings to driveways and monuments. Every year more than 10 billion tonnes of concrete are manufactured worldwide. New constructions consistently replace old ones, but what happens with concrete when it’s served its purpose?

When concrete structures are being demolished, the rubble usually goes into landfills. Around 850,000 tonnes of construction and demolition waste ends up in New Zealand landfills each year, the majority of it being concrete. Concrete disposal can be extremely costly and because the concrete doesn’t just decompose, it pollutes the environment and takes up valuable space. In fact, demolition waste makes up 50% of all waste in New Zealand, even though this number can easily be reduced by recycling materials such as concrete rather than dumping them.

Having your concrete recycled is not only environmentally friendly, it is also more economical as it keeps operation costs for the construction industry low. Whether it’s leftover aggregate from a demolition project or an old driveway that has outlived its purpose, if it’s made of concrete it can be reused in a sustainable way. The benefits are plentiful. Concrete disposal for recycling takes the pressure of already overflowing landfills, and recycled concrete is a cheaper source of aggregate for building projects than manufacturing or purchasing new materials.

When the concrete has been disposed of, the recycling process can begin. This includes crushing the debris into smaller portions, sorting and screening it for dirt and other foreign particles. In order to keep it as cost-effective as possible, concrete should be clean and free from contamination at the time of disposal. Eliminating waste such as clay, wood, metal, plastic and organic material and even asbestos makes the recycling process unnecessarily long and increases the cost.

Once recycled, old concrete can then be reused for building retaining walls, in roading and drainage projects or as aggregates or mixing new concrete. It can even offer an alternative to traditional landscaping mulch or build the foundation for corals in oceanic reef habitats.