Where will interest rates go in 2013? 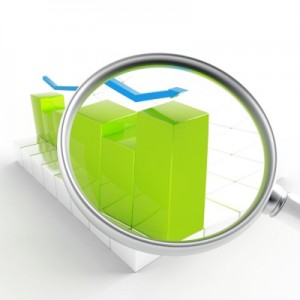 Mortgage rates in New Zealand have not been this low in fifty years. Is this a great time to “put a boat on the house” and buy a heap more property or batten down the hatches and start hoarding baked beans for another financial melt-down? While times have been tough for many over the past few years, New Zealanders have on the whole, been spared the kind of extreme financial effects of the Global Financial Crisis that we see on the news in the US, UK and Europe. There has been no mass civil unrest, no 50% drops in property prices, no devaluation of our currency (quite the reverse!) and unemployment is still nowhere near as bad as it is in the northern hemisphere.

Where do we stand now?

As a country, we are borrowing a lot of money. However, as a percentage of GDP, our debt levels are nowhere near as high as the United States (102%), United Kingdom (82%), Ireland (105%), Germany (81%), Japan (230%), Canada (85%) or France (86%). At only 37% of GDP, our government debt levels are actually looking pretty good in comparison. The risks for NZ come from how all the turmoil in these other countries will affect us. We are still regarded as “risky”.

The US owes vast sums of money to China that they will struggle to ever repay but China relies on Americans spending to keep their economy growing. Catch 22. The US answer to this is drop interest rates to zero and to print a lot of money. A LOT. They have recently increased their Quantitative Easing (money printing) from $45 billion a month to $85 billion a month. The theory is that if you print enough cash, the economy has to start growing eventually. It’s also devaluing US debts to China, so there is a real concern regarding how long China will allow this to happen.

Because wholesale borrowing costs are so low, banks in NZ (sadly, mostly Australian owned), are making record profits. Retail mortgage interest rates are high in comparison to both the OCR and overseas borrowing costs. Local banks seem reluctant to drop their long term rates for fear of losing out if their borrowing costs suddenly rise.

What have I been doing?

You should make your financial decisions based on your own circumstances but here is what I’ve done over the past few years.

Firstly, I’m consolidating the property investments I have. In fact I’ve been doing this since early 2007. I’ve been making necessary repairs and investing in improvements that will maintain or increase my rent levels and the rentability of the properties. The last thing you should do when times get tough is to cut back on maintenance.

I shifted everything to fixed rates in 2007, before the GFC hit. It was for certainty, as I thought there was potential for rates to sky rocket. They did in fact peak at around 10%. When I saw mortgage rates start to drop again, I shifted almost all my mortgages to floating rates, which is where they are now. I paid a large penalty to do this about 3 or 4 years ago but it has far more than repaid itself in saved interest. It’s also a good idea to check that the rate discounts you negotiated years ago are still in force. Banks have a nasty habit of removing them without any notification when fixed terms end.

I removed properties from the banks that were not required as collateral. I’ve seen several serious property investors lose everything in the last few years because the bank called in all their loans at once and they had everything in the pot. This is also a good reason to use multiple banks. I have mortgages with four different banks. If you stay under their radar, it can make borrowing easier.

As the financial crisis really took hold, there was quite a glut of rentals, so rather than increasing rents, I kept them steady and have been able to keep long term tenants in most of my properties. This stability has made being a landlord in tough times much easier and as the market tightened, I was able to increase rents again.

What am I going to do?

Despite repeated warnings from the banks, I see no clear signs that mortgage rates will increase in the near future (this prediction expires 24 hours after the blog is published!). The OCR won’t go up while the NZ$ is so high. Increasing the OCR would only put more pressure on exporters, who are screaming blue murder as it is. It would increase retail interest rates in NZ, which may cause an influx of foreign investment, driving up prices and therefore inflation. Inflation targeting is still a priority for the Reserve Bank.

Because of this, I’m holding on floating rates for the time being. However, I am ready to jump into long term fixed rates at any sign of a real shift in the US economy. Having said that, I wouldn’t be surprised if the predictions of interest rate raises in late 2013 turn out to be premature, barring any major changes. With the USA following a “Zimbabwean” economic plan, anything could happen! There is so much money washing around out there, at some point, we will see significant inflation. Be ready for it.

Despite all this uncertainty, I see this as a good time to be buying rental property in NZ. However, don’t buy with an expectation of 20% gains year on year like we saw in the last boom. Buy or create quality and cashflow. There are plenty of opportunities to buy cashflow positive properties at asking price and there is the added bonus of being able to lock in your mortgage for 5 years at around 6% if you want more certainty around your expenses. If you’re a new investor, it doesn’t get much better than this.