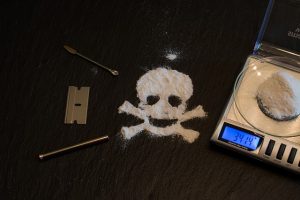 As mentioned in my last newsletter the issues are ongoing. Since writing the April Nelson PIA newsletter I have had a tribunal case involving meth and also aspects of the Osaki case. The adjudicator came from out of town. I thought his rulings and explanations were clear, logical and fair. Mr Smallbone the adjudicator explained that all the adjudicators had recently gathered together and thrashed out the issues of Meth and Osaki and now all adjudicators were making similar rulings! He debunked earlier tribunal rulings using contamination levels of 0.5 micro grams per 100 sq cm as hopelessly unfair because it has been proved that many bank notes have this level of contamination. No comment or opinion was expressed as to the likelihood of getting sick from handling contaminated bank notes!

I have now attended two courses on surface contamination testing and have a certificate to verify this. This certificate was carefully examined by the adjudicator and accepted without comment.

My recall of what he said about Meth contamination and the permitted levels was somewhat more expansive than his written judgement! However I am sure you will find this statement useful.

“The applicant has claimed for methamphetamine testing. The test showed up as 0.78 ug/ sample. This reading is lower than the 1.5 ug/sample that is currently accepted as safe. In addition there was no testing at the beginning of the tenancy. Therefore it cannot be determined that the readings were the result of the tenant’s use of the premises.”

Before writing this newsletter I looked at the Tenancy Services web site on Meth contamination. The current web site has no contamination levels. The site refers readers to the Standards Association web site but the link provided does not lead to the required information. I then rang the call centre to ask them directly. The answer was they do not set the levels and would not make any statement on levels and I should call the Health Department or the local authority. So my point is here we have all the Tenancy Adjudicators in the country following a new clear standard but the authority charged with promulgating the laws that we are required to follow pretending that no such level exists. Now sure we all know that the rulings of the Standard Association have not been set in stone. Clearly the old “wrong standard” which was related to labs rather than smoke contamination has been debunked but officials as opposed to judiciary are in denial.

Yes the levels are in a state of flux but what does a “level” mean. Well after doing my two day long courses first in Christchurch then later in Auckland I learnt how to carry out four different techniques. The first course done twelve months ago used the precursor test kits. This is a simple pass fail test card that gives instant results. The cards indicate a pass or fail at 0.5ug/sample. Because the pass level is increasing to as much as 3 to 6 times higher than before the old cards are no longer useable because they are too sensitive.

Because cards are out, swabs and test tube samples are now used. The samples are couriered to one of two labs in Hamilton. One has a choice of field or lab composite or individual tests. Field composites combine the samples on site and the lab composite combine them at the lab. A field composite test from say five different locations can work out about the same cost as five different precursor card type tests. A lab composite has the advantage of avoiding the need to revisit the site for a follow up test if the initial composite test fails. (There is more to the story than that but the brief description is easier to understand!)

What is not clear YET is what level a composite can be.

My understanding of all the issues is not perfect! I think what we are waiting to hear from the standards association are levels, who is permitted to test, and if a different specified level has been defined for composite tests. The Health Department is also a gate keeper on the issue. It is not clear to me that they will use the same levels or if they will issue any new rulings on cleaning techniques.

Glenn Morris is the current secretary of the Nelson Property Investors Association. He was active in the review of the RTA and is a well-known figure in the property investment community. He has a reputation for effectively managing difficult tenancies